Referring to all malignant tumour caused by the abnormal growth of a body cell or a group of cells, the term cancer covers more than 200 diseases. Cancer can spread very rapidly and eventually prove fatal, if not treated properly and in time. When cancer sets in, a group of cells starts multiplying suddenly in a haphazard manner and form a lump or tumour. Cancer is the most dreaded disease and is today the second largest killer in the world, next only to heart ailments. Extensive research has been undertaken and colossal amounts spent to find a cure for this disease, but with all the advancements in medical science, no remedy has yet been discovered.

When it comes to using herbs for preventing and aiding to cure cancer cells, Mother Nature usually has the answers. Here is a list of the herbs that can be consumed in the healing process that are not difficult to attain:

Turmeric – The turmeric root is known for its anti-inflammatory and anti-microbial properties. Research shows that turmeric has the power to shrink cancer tumours as well as inhibit blood flow to the cancer regions, thereby stopping their growth. Turmeric helps protect the liver as well due its properties and doesn’t have any side-effects. It can be added to food as a spice or included with warm milk and honey. It is usually available in powdered form for easy consumption.

Wheatgrass – Wheatgrass is just gaining popularity around the world. One of the main reasons why more people are consuming this wonder herb is because it contains loads of chlorophyll which is known for its health benefits. In fact one dose of wheatgrass provides you with   the amount of chlorophyll equal to around 12 or more kilograms of broccoli! Wheatgrass acts as a blood purifier and cleanses the kidneys and liver. Those who consumed it daily for around two weeks were reported to have blood and tissue oxygen levels improve, which also aids in circulation. And wheatgrass is also inexpensive usually available in powdered form, though it can just as well be grown in a local garden and made into a paste and freshly consumed.

Garlic – It has been known for quite a while now that garlic has anti-cancer properties. Yes, it has not been proven by modern medical experts, but consumption of garlic has been linked to reduced rates of cancer especially for stomach, colon and gastro related cancers, though it has been useful as well for a wider range of cancers because it restricts blood supply to cancer cells. A very important point to note is that when consuming garlic for medicinal purposes, it needs to be consumed raw, either by crushing it or consuming a clove of garlic whole. This will have the best effects to helping cure cancer.

Diabetes results from the reduced ability or complete inability of the tissues to utilise carbohydrates. When the body is unable to burn up all the glucose, the excess is thrown out by the kidneys. There are small specialised cells in the pancreas called the islets of Langerhans, which play an important role in the process of assimilation of sugar.

Here are a few herbs that once again, are easily available and reap major benefits:

Fenugreek – Fenugreek seeds are known for their sugar-reducing properties. Fenugreek helps to reduce the insulin dependency when taken regularly, say 2-3 times a week. To consume it, soak a teaspoon of fenugreek seeds in warm water overnight and consume the entire concoction on an empty stomach. Even the leaves from the plant are very useful and have major benefits. Though fenugreek is bitter to swallow, it helps to cure diabetes as well.

Cinnamon – Cinnamon is a spice that is loved the world over and used in savoury dishes as well as desserts. Cinnamon is said to have properties similar to insulin which is lowering the blood glucose level. Cinnamon is available in its natural bark form, so it can aid with curing diabetes by chewing it or in its powdered form, it can be consumed half a teaspoon at a time, once a day. Cinnamon usually has a very soothing effect as well.

Neem – Neem is a tree that has properties that can match no other plant in nature. For diabetes, it has been found to reduce insulin requirements by up to 50%! It is also known to have anti-bacterial and anti-fungal properties as well. One can consume it in many different ways including crushing the leaves and consuming the juice, making a powder of it and consuming it or chewing the leaves whole. Either way, the benefits are immense.

In recent years, there has been an alarming increase in the number of deaths due to heart disease all over the world. Heart attacks have become the number one killer in western countries. Problems of the heart, usually lumped together as ‘heart disease’, vary from relatively simple murmurs to a literal heart burst. The ever-increasing pace of life has led to tremendous stress and strain which explains the rise in the incidence of heart attacks.

Heart disease can be reversed and cured through a number of methods and lifestyle changes, including adding the following herbs into one’s diet:

Green Tea – Green tea has been around for centuries now, usually consumed in China and other Asian countries, but more recently has taken the world by storm for its soothing properties and assistance in weight loss. Apart from its long list of cures, green tea is also beneficial for heart trouble. Consuming 5-6 cups of green tea a day is said to have a good effect on the heart.

Pomegranate – Pomegranates and their juice, if consumed regularly, are said to have great effects on the heart. The bright red colour of the fruit is a sight to behold, along with the sweetness of its juicy extracts. Powerful antioxidant chemicals are found in pomegranates and its juice may help to reverse atherosclerosis and lower blood pressure. 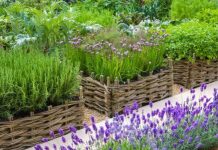 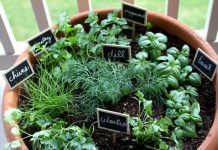 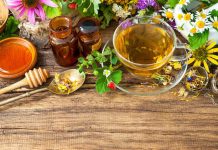